The Tells of Parallels EP 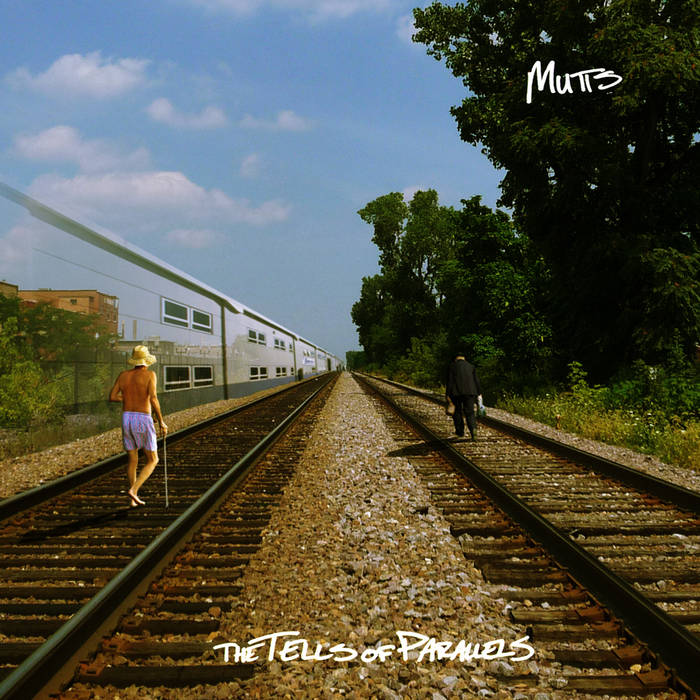 "Maimone’s low, guttural, forbidding voice sets the speed, while heavy, distorto bass and pound-pound-pounding drums channel Blue Cheer, Cream, and Hendrix’s Experience while Maimone introduces his central weapon: forsaking all guitar, his organ is so piercing, loud, harsh, and mean, you don’t notice. Shifting from New Orleans funky rock like “Masquerade” to a Dr. John-goes-Funkadelic hangover like “Junior”, or throwing needles in the red on The Doors’ “L.A. Woman”-on-angel-dust (or steroids!) “Terranaut,” The Mutts will gleefully wreck a bad party—or save it."
- Jack Rabid, The Big Takeover Magazine

"Chicago’s Mutts aren’t playing around. The first aspect of their new EP, The Tells of Parallels, that truly jumps out from the speakers is its pure heaviness. Heaviness in the static-y production value and heaviness in general attitude. Every instrument on the record is mic’ed up to 11: the drums, the bass, the keys, the guitar. Actually, scratch that last one. The trio actually forgoes the guitar and instead relies on a dirty, mud-soaked key tone to drive the melodies. It’s saying something that a band can reach the big rock n’ roll moments of current major acts like Queens Of The Stone Age or the Dead Weather without an axe, but Mutts do and quite effortlessly at that.

The Tells of Parallels is one of those albums that if played at a high volume, the paint on the walls of your one bedroom rental might peel right off. Mutts seem to embrace the low end of the melodic spectrum. Even lead singer Mike Maimone’s vocals are nearly baritone, but his control and ability to hit the notes really flesh out their sound. Then you also have Bob Buckstaff’s fuzz-all-up-in-your-face bass and Chris Faller’s jackhammer drumming that can still sustain a nice groove when the song calls for it.

The EP begins with its most epic moment in “Terranaut”, which opens with some eerie spoken word over the sound of rainfall. Maimone’s vocals creep in with his keyboard ultimately exploding into a roller-coaster harmony with all the power of a 18-wheeler careening out of control on a dark highway. “Symmetry” ups the ante with a bit of a more brash, punk approach that’s fast and frantic. It’s hard to tell if Buckstaff’s bass is acutally playing along with the song or if it’s just a free for all solo, but whatever it is, it works. The song races to a big climax during which Maimone sings “Symmetry scares me!” followed by some fun “Whoo-Whoo-Whoos”. Another big rocker, “Gone” features a bouncy keyboard line that will surely get the listener’s head-a-noddin’ with Faller following behind with some killer snare antics.

“Masquerade” is a bit of a tease as it starts out with that punk aggression heard on “Symmetry”, but suddenly gives way to the album’s most pop-filled moment in a nearly reggae verse section. The record closes with “Junior”, a bluesy throwback that might be the most melodic song on the EP. Maimone really showcases his vocal talent on the track where his range transitions from a deep-throated, Texas-sized drawl to nearly metallic shrieks during the chorus.

In five songs, Mutts pretty much let it all hang out. The Tells of Parallels is not only well produced, a few songs are really fleshed out with some quirky overdubs and in-studio chatter, but it works because of it’s simplicity. Mutts never drag. They give it their all in five-minutes or less, and it really works. The band are poised to become one of Chicago’s top acts if they keep pumping out material that’s as good as what The Tells of Parallels has to offer. One word of warning: this record is made for Saturday night party shenanigans, not for the hangover of the morning after, unless you want your swollen head to get even more pounded." - Richard Giraldi, LoudLoopPress.com


"Taking a prompt from the EP cover, it's a bit like standing next to the railway line as a crazy express train hurtles past. If you like good old rock'n'roll with some attitude and energy and a hint of insanity you will like Mutts. " - BeehiveCandy.com

"The Chicago-based trio plays frenetic, rambunctious rock music with Mike Maimone’s keys and vox at the forefront. Like a modern jam band with some heavy blues and noise rock nuances, the music moves. It’s non-repetitive or stagnant; unpredictable and yet familiar." - TheMixtressOnline.com